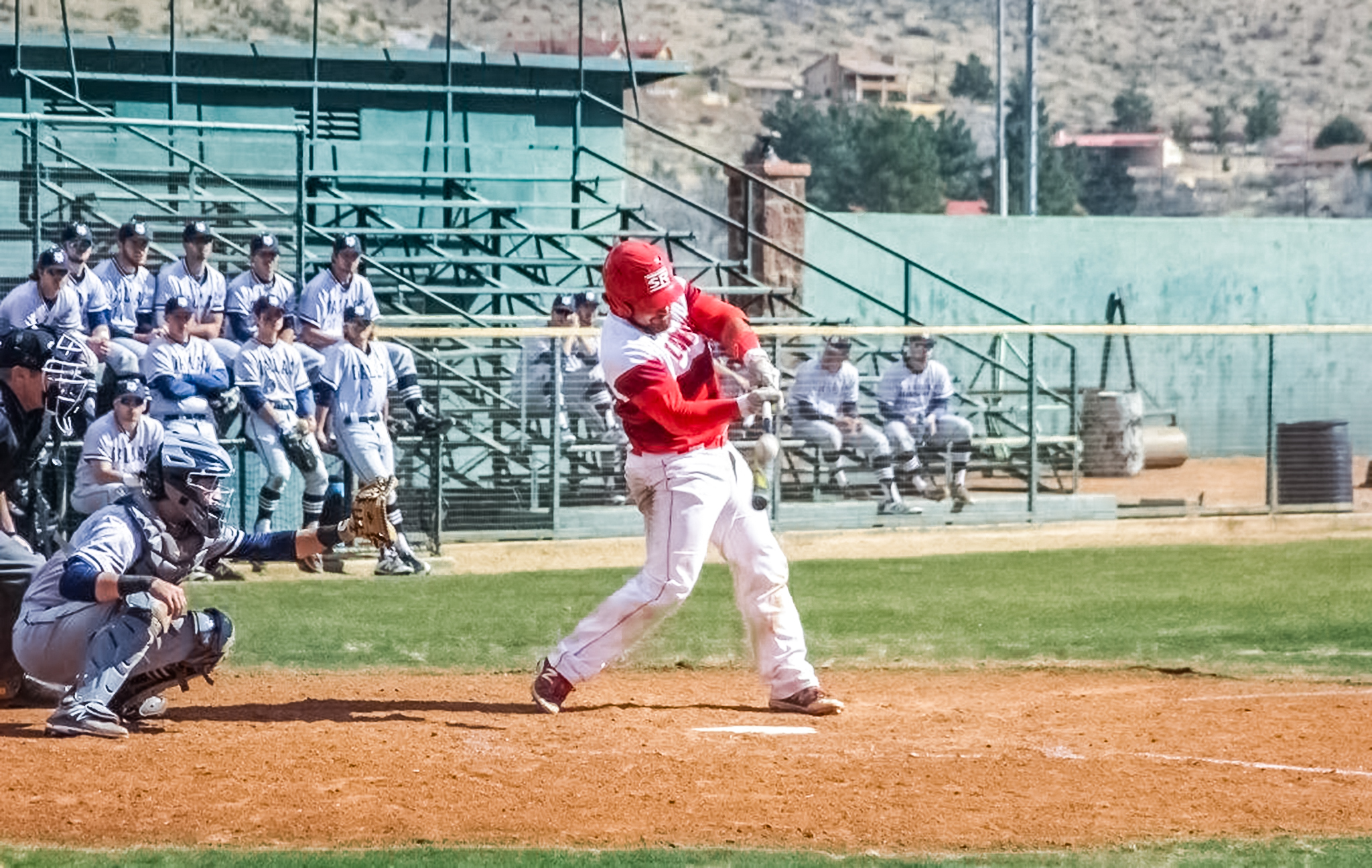 TUCSON, Ariz.- The Sul Ross Lobo baseball team fended off a late-game comeback and defeated George Fox University, 13-10 in the second day of the annual Cactus Classic in Tucson.

Following a scoreless first inning, the Lobos posted five runs in the bottom of the second as Chris Browning scored on a bases-loaded walk by Jett Hartley.  Another bases-loaded walk by Wesley Moss scored Jacob Pool before Jared Lorenz came across off a single to left field by Bo Justin Martinez.

Lorenz scored in the bottom of the third as Moss reached base on a throwing error to extend Sully’s lead to six.

The Lobos added three more runs in the fourth as Lorenz tripled to left center bringing Pool and Browning across for a 8-0 advantage.

Moss then singled Lorenz through for a commanding 9-0 lead after four complete innings.

The Bruins reeled in four runs in their half of the fifth and trailed by five.

Lorenz reached base on yet another bases-loaded walk that scored Jacob Ochoa in the bottom of the fifth.  A two-run single by Hartley then plated Pool and Browning giving Sul Ross a 12-4 lead entering the sixth.

George Fox added a six-run attack over the sixth and seventh and trailed by two.  Pool added the last run of the day scoring from third on a check throw from the catcher to first base on a strike out by Hartley.

Senior reliever Luis Payan collected the win after 1.2 innings.  Payan gave up a run off a pair of hits and recorded a strikeout. Freshman closer Ian Craige bagged the save after a complete inning.

Sul Ross improves to 2-3 on the season while the Bruins drop to 1-2.