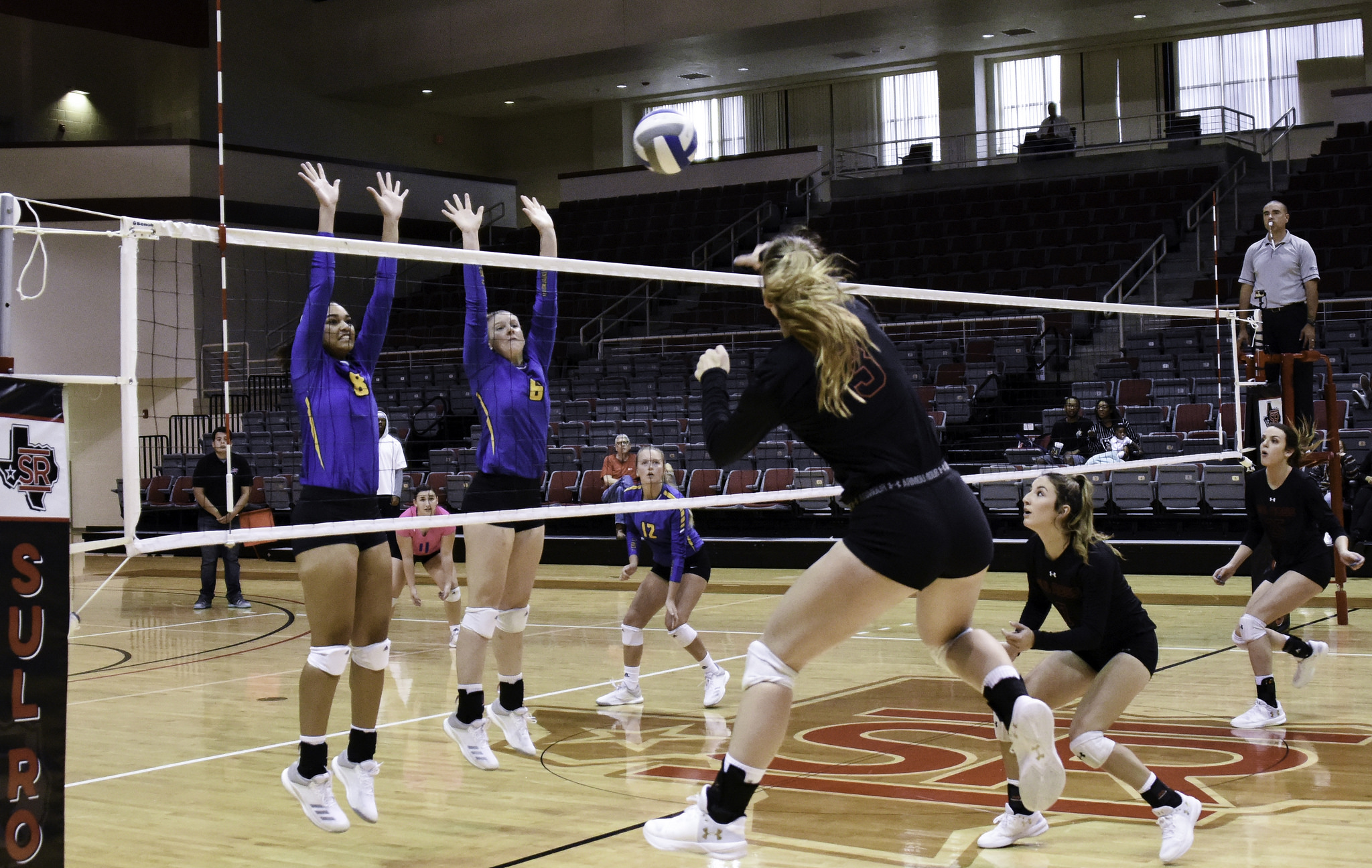 Freshman Annika Canaba posted her second triple double of her collegiate career with 14 points, 17 assists and 21 digs to lead Sul Ross to a 3-2 victory over visiting LeTourneau in the final day of the ASC Crossover (Sept. 22) at the Gallego Center.

Sul Ross held a slim lead for most of the opening set.

A Yellow Jacket hitting error sparked a 5-1 run for the Lady Lobos that ended on a kill by Isabella Ruiz.

Canaba’s spike at the 18-14 mark capped a 4-0 run before LeTourneau crept to within a point off a Sul Ross service error and trailed 23-22.

In game two, LeTourneau held a tight lead before a pair of offensive misfires gave the Lady Lobos a 6-5 advantage.

The Yellow Jackets then went on a series of short scoring spurts to hold several one-point leads.

An attack error by LeTourneau broke a 23-23 tie before another hitting error put the game at set point with Sully leading 24-23.

Lanahan finished off the Yellow Jackets with a service ace for the 25-23 Lady Lobo victory.

LeTourneau was plagued again with offensive errors before back-to-back kills by Jordan Scherer and Canaba gave the home team a 13-9 lead.

Canaba’s kill put the game at match point before a bad set by LeTourneau clinched the 15-12 win and match victory.