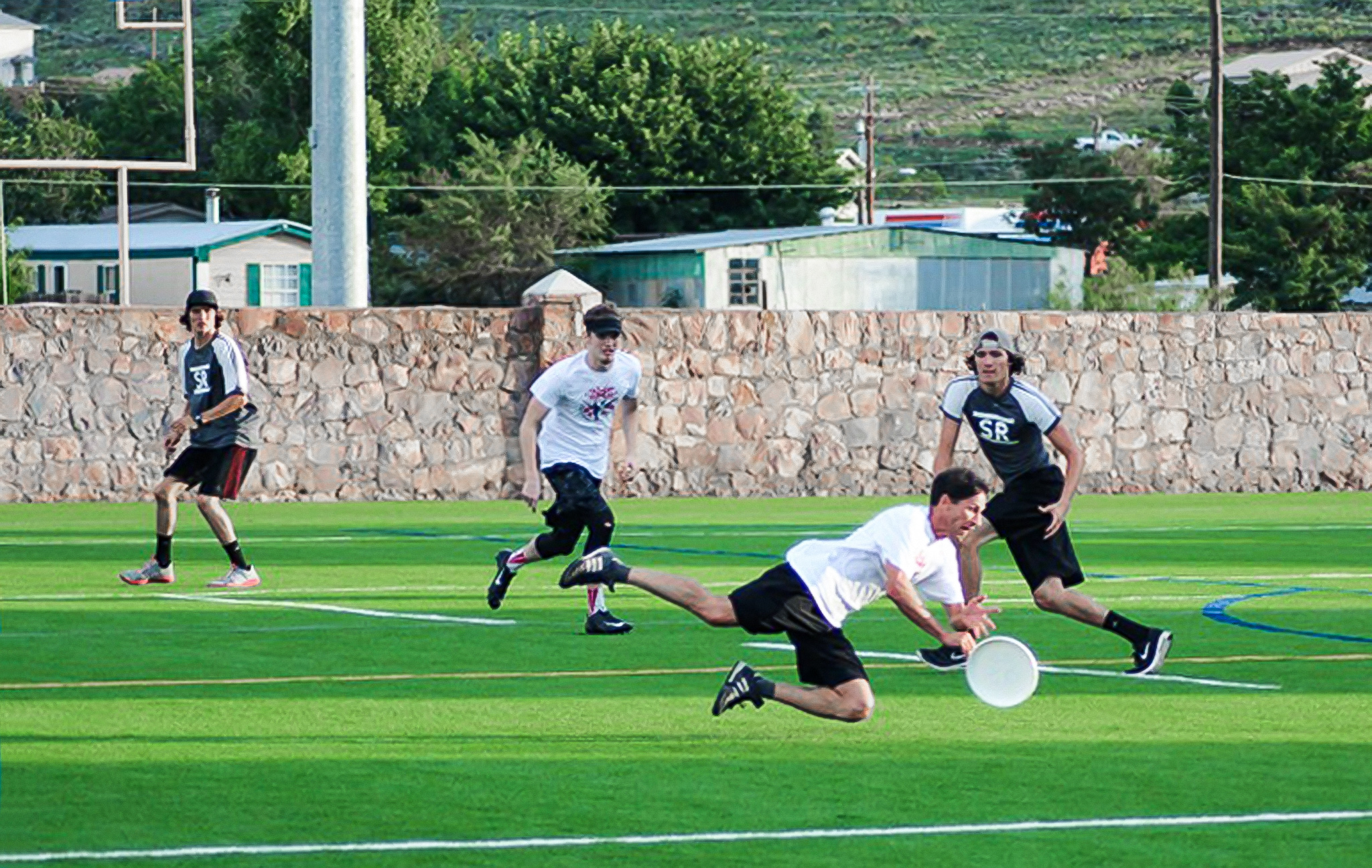 Day one started out with a 13-4 win against the University of Texas followed by two more blowout victories against UTSA and Texas A&M student teams.  The final game of the first day was played against a UTSA alumni team, and even though Sully played well, they fell 13-6.

Sully’s first day record of 3-1 produced what looked like a comfortable, day-two bracket spot; however, day-two game one against Baylor was a stressful affair which nevertheless produced another Sul Ross victory.

Moving on to the semi-finals, Sully pulled off yet another win, and found themselves pitted against Wagon Wheel in the SA Ultimate tournament’s ultimate game.  Sully played hard both ways but eventually got run over by the superior Wagon Wheelers.

Despite losing the final game of fall 2018, Sul Ross’ season record of 10-2 gives the Ultimate Players reason for confidence heading into spring.