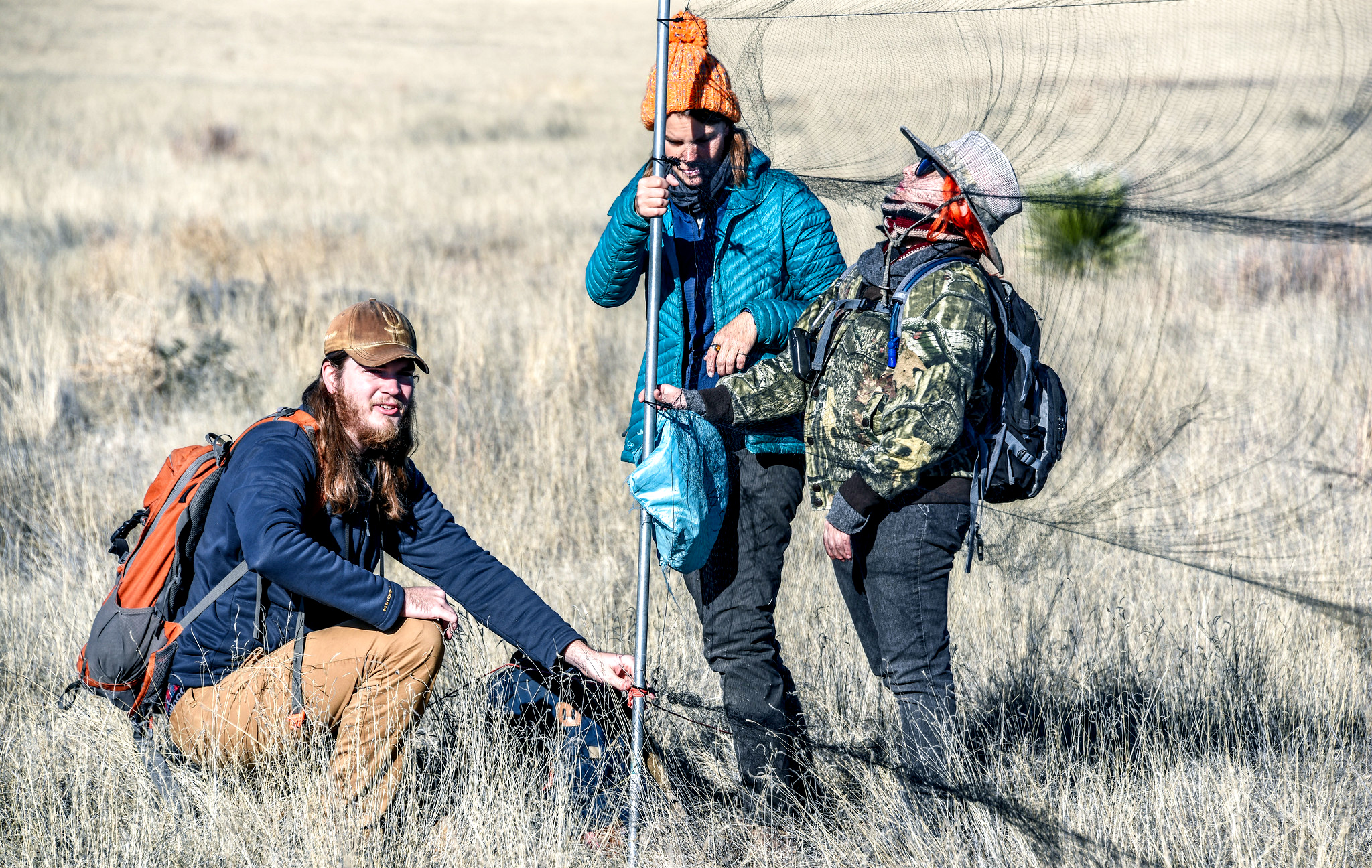 Editor’s note:  Stephen Falick wrote this essay for Susan Spring’s composition class.  In it, he details traveling across the globe to discover a rare animal, and, in the process, discovering something about himself he now brings to Sul Ross—perseverance.

For as long as I can remember, I have been utterly enamored with wildlife. When I was a little kid, dinosaurs were my thing.  I knew the scientific names of dozens of species and was constantly learning as much as I could about them.  It wasn’t until I was around five years old that I came to grips with the fact that I would never be able to actually see a living dinosaur, so at that point I turned to the next two best things: reptiles and birds.  Birds were easy—I could just walk outside at any given moment and see them—but reptiles presented more of a challenge.  Reptiles for the most part, unlike birds, were secretive.  Birds would fly through the sky or perch in the open to sing their songs and scream their calls, but reptiles didn’t do any of those things.  The challenge of having to go out and actively search for reptiles drew me in, and they became my main focus in life, with birds taking a very distant back seat for the next several years.

I still remember my sixth birthday like it was yesterday.  All of my friends were excited to be getting new video game consoles or shoes for their birthdays, but not me.  My big gift that year was a book on the reptiles of the world, and I read through it from cover to cover countless times.  I would flip through the various groups of reptiles and learn as much as I could about the vast diversity in snakes, lizards, turtles, and crocodilians.  These are the four groups of reptiles most people are familiar with, and species from all of them could be seen near my Houston area home with relative ease.  There was, however, a fifth group of reptiles that I hadn’t known about before getting my birthday book, and I was the most interested in them—the tuataras of New Zealand.

Most people have never heard of a tuatara, and, when they see a picture of one, they’ll typically say something along the lines of, “Oh, it’s just a weird looking lizard.”  At first glance, they do resemble lizards.  Actually, you could stare at one for hours and still be convinced they’re lizards, but they’re something else entirely.  Tuataras are endemic to New Zealand, meaning they’re found nowhere else in the world, and have evolved completely different adaptations from all other groups of reptiles.  They originally branched off from the order squamates (lizards and snakes) around two hundred million years ago and have remained unchanged since then.  All other groups of reptiles have gone through subtle changes since then, generally getting smaller and evolving various adaptations to survive changing environments, but not tuataras.  When I learned this, I realized that finding a tuatara in the wild was as close to finding a real live dinosaur as I would get, and I knew in that moment that I absolutely had to see one in my lifetime.

Like most young naturalists, I went through my years of middle and high school chasing after species I was interested in.  Occasionally, I would get distracted by other topics, but I always came back to reptiles, and the thought of finding a tuatara constantly sat at the back of my mind.  After graduating from high school, I had plans of attending college, getting a wildlife management degree, and then spending the rest of my life working with reptiles.  I soon realized that things don’t always go as planned and learned the valuable lesson that if I continuously skipped class to go out in search of reptiles I would fail all my classes.  Well, that’s exactly what happened.  My whole life, I had dreams of professionally working with wildlife, and I had a plan to get there.  Yet here I was at eighteen years old, a college failure with no idea what my next step in life was.  So, I got a job working at a comedy club as a bouncer, where the only wildlife I could observe were the pigeons that roosted on top of the building.  I had worked there for almost eight months, hating every second of it, when I got a phone call from a family member who said there was a television show being filmed that needed a set photographer and that they felt I was good enough for the job from what they had seen from my wildlife photography.  The best part was that the show was being filmed in New Zealand.  I couldn’t have said “Yes!” faster if I had tried.  New Zealand had seemed like an unreachable dream my whole life, yet there I was, boarding a plane in Houston two weeks before my twentieth birthday, and I knew that in 18 short hours that dream would become a reality.

I would be there for nearly four months, and I felt that was ample time to see everything I wanted to.  The problem, though, as I would soon learn, was that almost every species I wanted to see was all but extinct on the mainland and could only be found in a few select wildlife preserves, most of which were islands off the coast.  The main cause of this extinction was the introduction of various invasive species, namely dogs, cats, weasels, and rats.  Having evolved in a place with no natural predators, the native wildlife had no defense against these invasive species, and the native wildlife numbers dwindled to a dangerously low number, some species being lost forever.  I spent my weeks chasing after the species I could after work, but I knew I’d never forgive myself if I left without seeing a tuatara.  Some research led me to an island wildlife sanctuary off the coast of Auckland that had a population of tuataras that you could visit and even stay at overnight for a pretty cheap price.  It was decided.  I got my ticket and reserved a spot on the island of Tiritiri Matangi.

I can recount down to the minute everything that happened during that trip.  Tiritiri was heaven on earth for someone like me, being home to dozens of New Zealand endemic species that could no longer be found on the mainland but were flourishing there.  On the hour-long boat ride, I saw large rafts of little blue penguins foraging in the deep channels.  Gannets, a relatively large sea bird, would occasionally fly up behind our boat and dive straight into our wake to catch fish. When I actually stepped foot onto the island, I immediately heard birdcalls I had never heard before, everything from the echoing, ghostly calls of the north island kokako, to the subtle, quiet calls of the New Zealand robin.  I hiked every trail on the island that day and saw twenty-three species of birds I had never seen before and wouldn’t see again for the remainder of my trip.

But I was on this island for one reason and knew that that night would be my one and only opportunity.  That evening, I sat on a large rock on a beach, watching the sunset over the ocean.  I listened as the birds all sang their dusk songs, and then, right before dark, the island went silent.  All I could hear were the waves crashing on the rocky beach and the thoughts in my mind.  It was peaceful at first, but sitting alone, waiting for darkness, to try and fulfill a lifelong dream soon turned into an immense amount of pressure.  This would be the only chance I had for this trip, and I had no idea when or if I would return to New Zealand to be able to try again.  To put it simply, I was terrified I would never see a tuatara after coming all that way.

The darkness of night finally fell, and, when I say darkness, I mean utter and complete dark.  The only lights on the island were at the bunkhouse I was staying in on the opposite end of the island, and, as I walked along the trails, the only thing I could see was the small spot illuminated by my flashlight. Tiritiri Matangi had a pretty loud nightlife.  The hilarious calls of the morepork, New Zealand’s only owl species named for its call, could be heard from all over, yet another new species for me that I wouldn’t see again.  Tuatara, however, like most reptiles, make no sounds, and, an hour into hiking along the rocky coastline, I still hadn’t found my prize.  By this point, I had lost all hope, and, looking back, that’s ridiculous, considering I had only been trying for an hour.  But, at the time, I convinced myself it would never happen.  I continued along, anyway, hiking for nearly an hour and a half that felt like an eternity.  I had just come around a bend in the trail when a strange-looking rock to the left of the path caught my eye, only it wasn’t a rock at all, it was a tuatara, and I had finally seen one in the wild.

I slowly crouched down, shined my light on it, and managed to snap six photos before it turned around and disappeared into the dense coastal vegetation.  The conditions of that encounter are stuck in my mind to this day.  August 18, 2017, at 7:13 p.m. New Zealand time.  It was 56 degrees outside, and it had been raining on and off for the past hour.  I sat on the muddy trail, cold and drenched from the rain, but I had never been happier in my life. I was hit by a wave of emotions as I recounted what had just happened and everything that led up to it, laughing uncontrollably and crying tears of pure joy.  I thought back to the time I first learned about tuataras in that book 14 years ago and how far I had come since then to make that dream a reality.  I had finally seen my real-life dinosaur, and I knew that my six-year-old self would have been just as over the moon as I was in that moment.