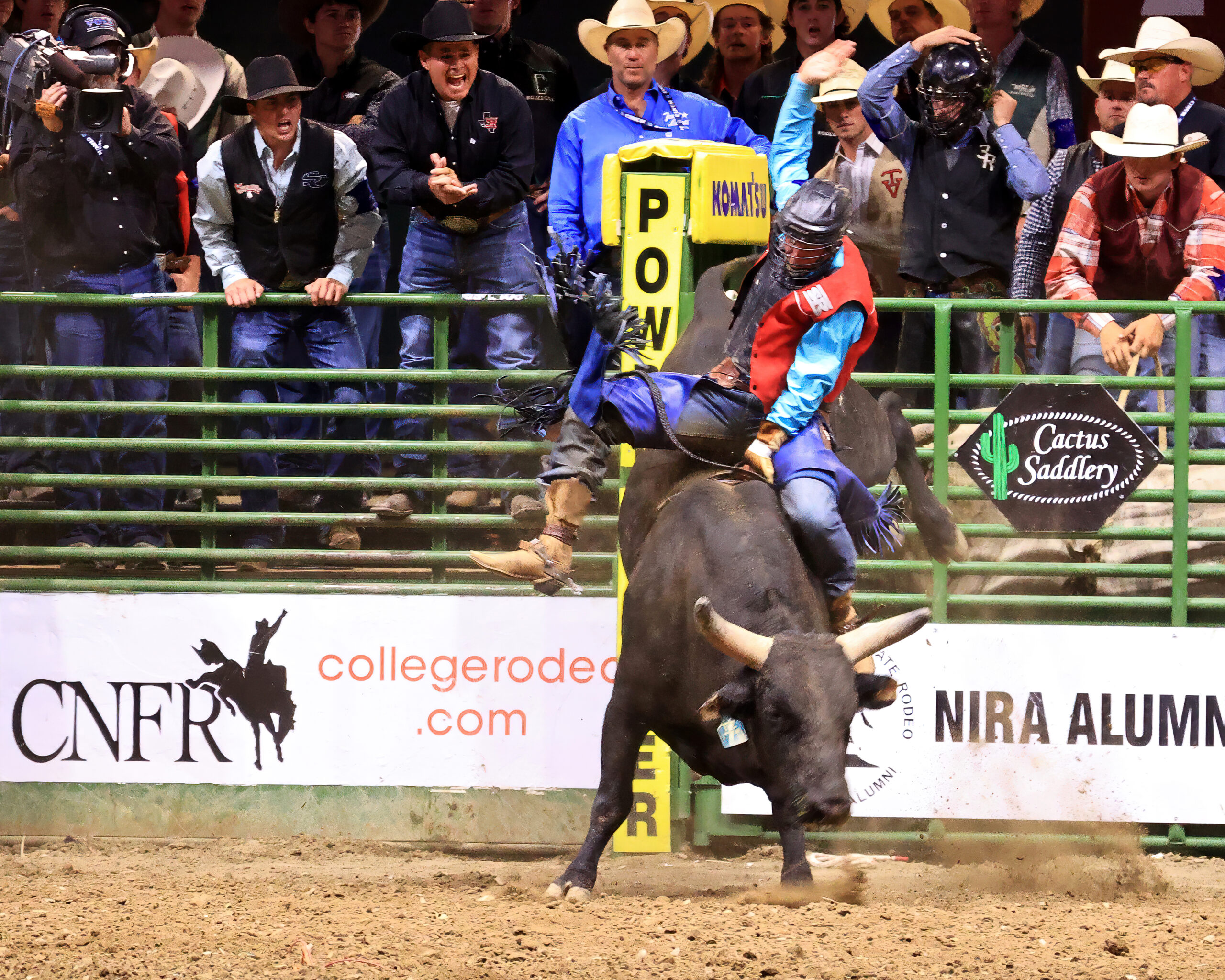 Alpine, TX – Tristen Hutchings nabbed the 2021 College National Finals Rodeo Championship in Bull Riding in Casper this past week, after winning the Southwest Region Reserve Championship to qualify. A Blackfoot, Idaho native, he attended Snake River High School and started his rodeo career back in his middle school days. It’s not much of a shocker that his favorite has always been bull riding. He spent a year in Odessa before arriving at Sul Ross back in 2019. It’s good news for Coach Aragon and the team that he’s still got time on campus where he’ll graduate in 2022 with a degree in Ag Business.

“It means the world to me, it’s a great starting point to the summer, and the rest of my career. Hope to continue with this success, glad to bring the title back to Alpine,” added Hutchings. 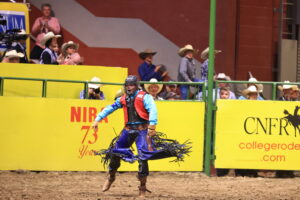 He rode 3 times up in Casper where he rode four head at the CNFR for scores of 77.5, 74.0, and 90 for a three head total of 241.5 beating out the 2nd place winner by 80 points. No other rider had three qualifying rides and only three other competitors rode twice. Although Hutchings took no score on his first ride, he won the second round with the 77.5 and won the final round with that blistering 90. That was enough to put him far, far out of reach.

“Qualifying to the short go in both of my events was really special, and then to have a close friend [Tristen Hutchings] win the title in his event was really amazing to watch. I felt humbled to be a part of a growing, yet competitive team,” Jacobs commented. “CJ has done so much to give guys like Tristen and I any and every opportunity we need to win inside or out of the arena all while being a good friend himself. I really enjoyed my time at Sul Ross.”

This was followed up by Lane Cooper who won the second round of the team roping with Blake Bentley. The pair was 5.4 seconds to win the round. All in all, a great showing from the Sul Ross Rodeo Team.

It’s no secret that the Rodeo Program at Sul Ross is one of the most storied and successful programs in history. Its prestige has always put Sul Ross on the national stage.

It also creates something else. Expectation. A lot of time has passed since their last title. But Coach CJ Aragon and his team wanted to put an end to that.

Coach Aragon has been revamping the program since taking over in 2018 and it hasn’t been a slow process. Amassing a new wave talent from all over the country. Things seemed like they were all coming together heading into the 2020-21 season despite the tumultuous circumstances that gripped the world with uncertainty. Sure, the talent was there. But how was it all going to play out for this stacked team?

Here’s what it looks like now that the dust has settled: 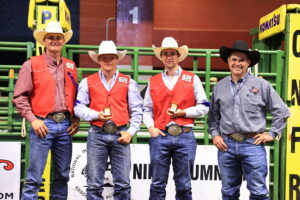 As the announcer at the Tarleton College Rodeo said, “The Sul Ross swagger is back in the Pine”.

This is a great accomplishment by the Rodeo Team and Sul Ross could not be prouder.