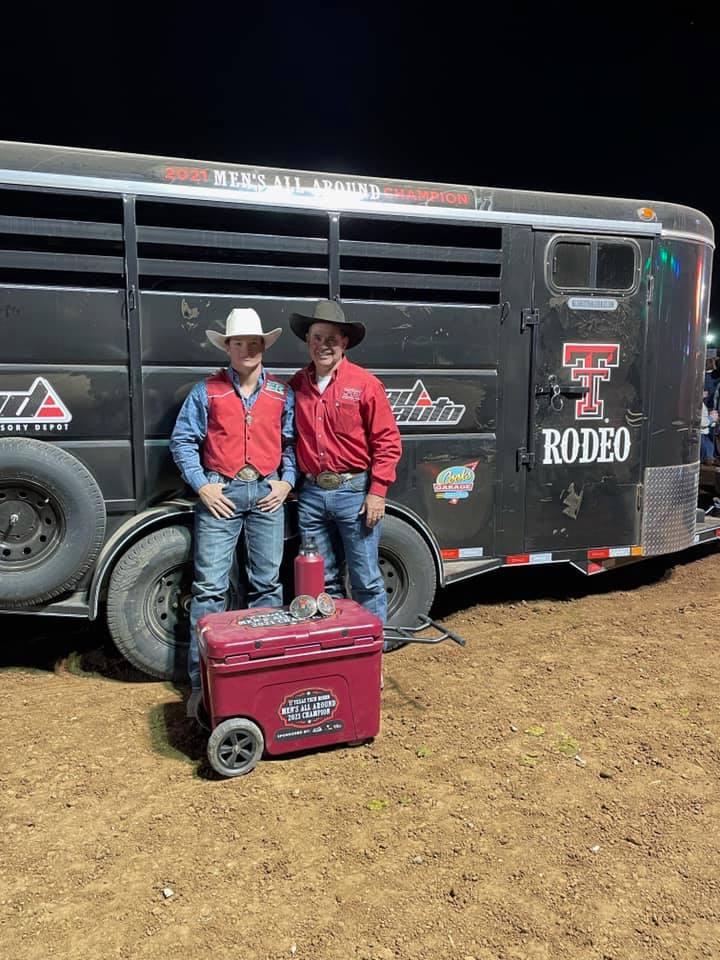 Lubbock, TX – Tristen Hutchings and the Sul Ross Rodeo Team visited Lubbock for the final rodeo of the fall season for the Southwest Region.

Hutchings brought home the Men’s All-Around title, earning 225.00 points by claiming the bull riding championship with a 156.5 and 3rd in the steer wrestling. This marks the second time in his collegiate rodeo career he has claimed both titles at the Texas Tech rodeo with the first time in 2019.

Along with the success, Hutchings also snagged an 1865 stage coach rider shotgun for winning bull riding and a brand-new Yeti cooler for the All-Around.

“It was a good weekend,” said an enthused Hutchings.

His success along with the rest of the men’s team was good enough to finish 2nd overall with 560.0 total points after the weekend was concluded. Other notable finishes included Zach Hamar who finished 2nd in steer wrestling. Lane Cooper and Blake Bentley ended up 3rd in team roping. Brandon Lansford posted 6th in saddle bronc.

Coach Aragon and the whole team has some time to rest up and get some practice in to prepare for the upcoming Spring season in 2022.