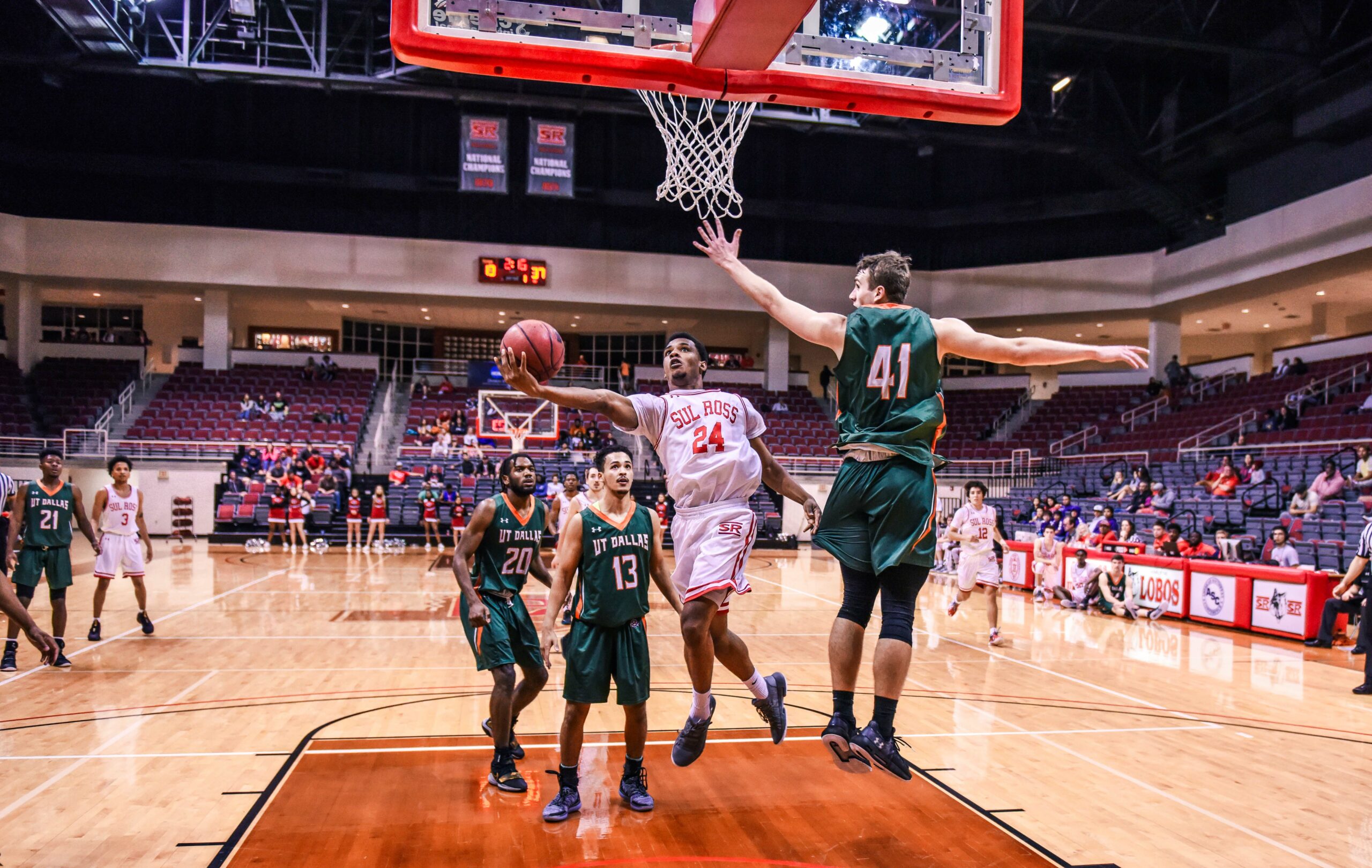 U.T. Dallas sizzled from the field hitting 35-of-68 shooting, including converting nearly half of its three-pointers, to run away with an 83-50 ASC victory over host Sul Ross Thursday evening at the Gallego Center.

B.J. Hollis and Tristen Licon led Lobo scorers with 11 points each in the conference and home opener.

The Pack shot a cold 28 percent from the floor and converted just six of 25 shots from beyond the arc.

U.T. Dallas quickly overcame a 5-3 deficit as Jalen Weber knocked down a long range jumper and gave the visitors a 6-5 lead with just under 17 minutes left in the first half.

The Comets dominated the opening session of the second half with another 13-0 run and led 56-21 with 15:44 remaining in the game.

Sul Ross could pull no closer than 28 as Hollis banked on a three-pointer at the 6:57 mark.

The loss drops the Lobos to 1-3 on season and 0-1 in ASC play. The Comets extend their winning streak to five games and improve to 6-1 and 1-0.

Sully is back on the road Dec. 6 and 8 for conference action at LeTourneau and East Texas Baptist.