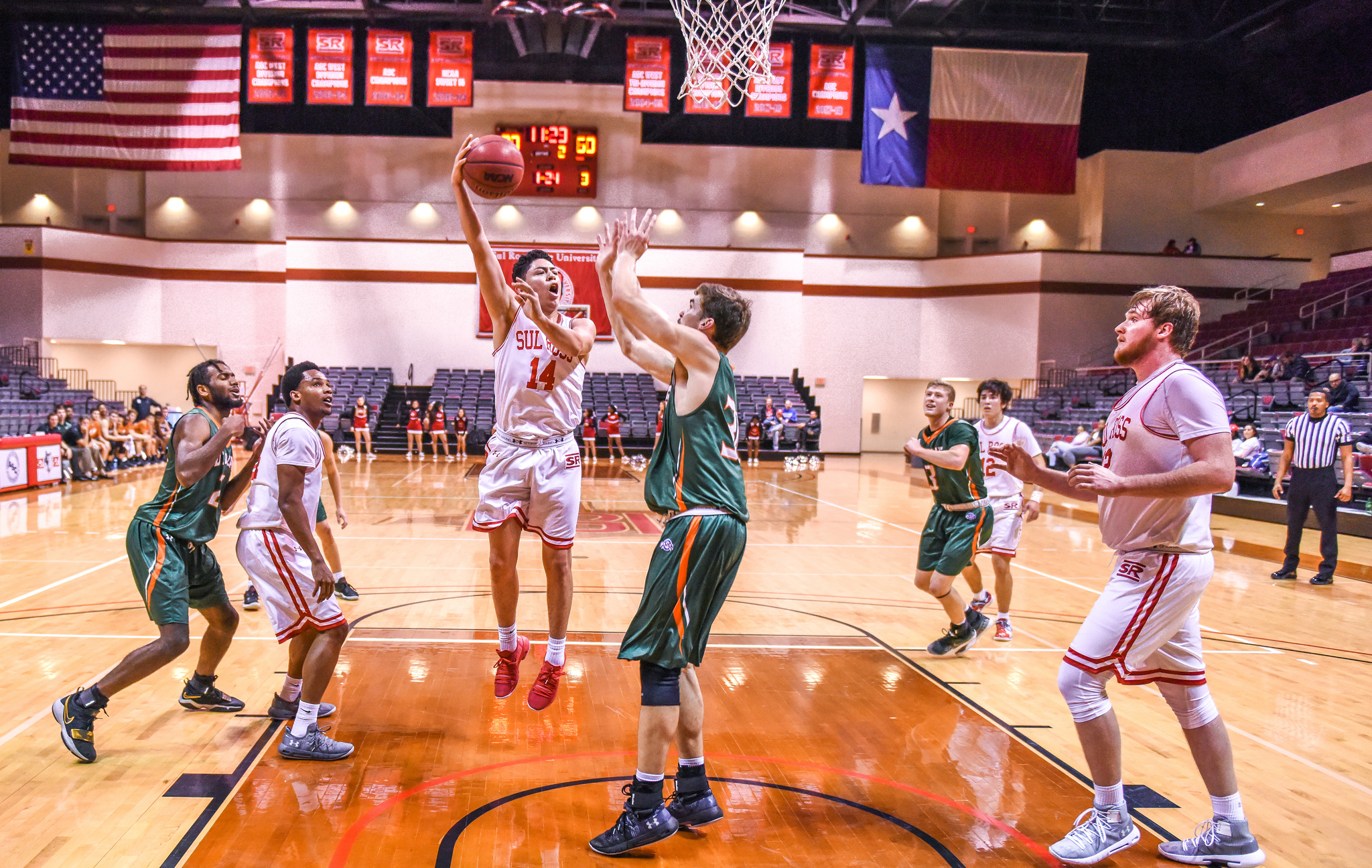 TYLER, Texas- The University of Texas at Tyler men’s basketball team fended off a resilient second-half effort by the Sul Ross Lobos to claim an 89-79 victory in Thursday night non-conference action.

Thursday’s game marked the final time the Lobos and Patriots would battle on the hardwood as U.T. Tyler will be joining the NCAA Division II ranks as a member of the Heartland Conference beginning in the 2019-20 season.

A sluggish start to the game by the visitors allowed the Patriots to post an eight-point lead but a three-point basket by Cole Avery narrowed the Lobo deficit to four with 10:46 left in the first half.

With ten seconds left in the half, Julian Paredes drained a triple to pull Sully within 16 but U.T. Tyler answered with a layup by Jared Jenkins for a 49-31 Patriot lead heading to the break.

A three-pointer by B.J. Hollis cut the Sul Ross deficit to under 10 with 12:33 left in the closing half.

Sul Ross then mounted a 9-0 run that was finished by Conner Dawson’s three-pointer and pulled the Lobos to within four, 62-58 at the 10:26 mark.

Two foul shots by Craig pushed U.T. Tyler back into a double digit lead at 1:19.

A fast break layup by Dawson at 35 seconds cut the Lobos deficit down to nine, but the Patriots finished off the Lobos with free throws to claim the 89-79 victory.

Thursday’s setback drops Sul Ross to 6-8 on the season while U.T. Tyler improves to 6-6.

Sul Ross travels to Clarksville, Arkansas Saturday for a 3:00 p.m. ASC tip against University of the Ozarks.