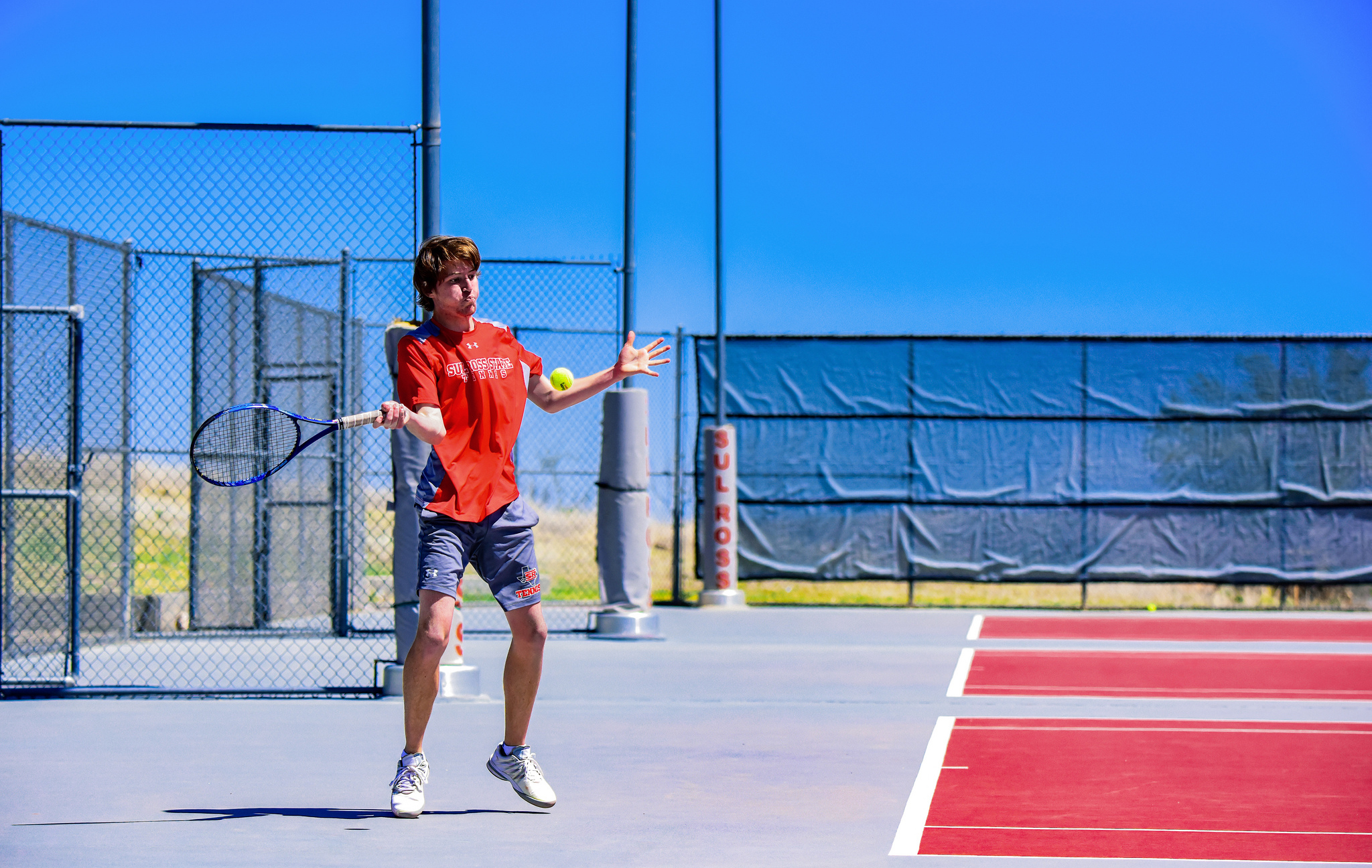 Sully’s three wins against the Mustangs came by default.

In men’s action, Sul Ross posted three wins in singles and a victory in doubles but came up short in a 5-4 loss to visiting University of the Southwest in Tuesday non-conference play.

Kyle Ferguson recorded a 6-1, 6-2 victory over the Mustangs’ Juan Quintania in No. 2 singles.

Christopher Llamas then defeated Brayan Martinez in two sets by scores of 6-3 and 6-5 in the third flight. At No. 4, Javier Flores downed Alejandro Baradat in a 6-3, 6-2 decision.

In No. 2 doubles, Llamas and Flores beat Baradat and Martinez, 8-3.

The Sul Ross women and men return to ASC action April 5 at University of Mary Hardin-Baylor.