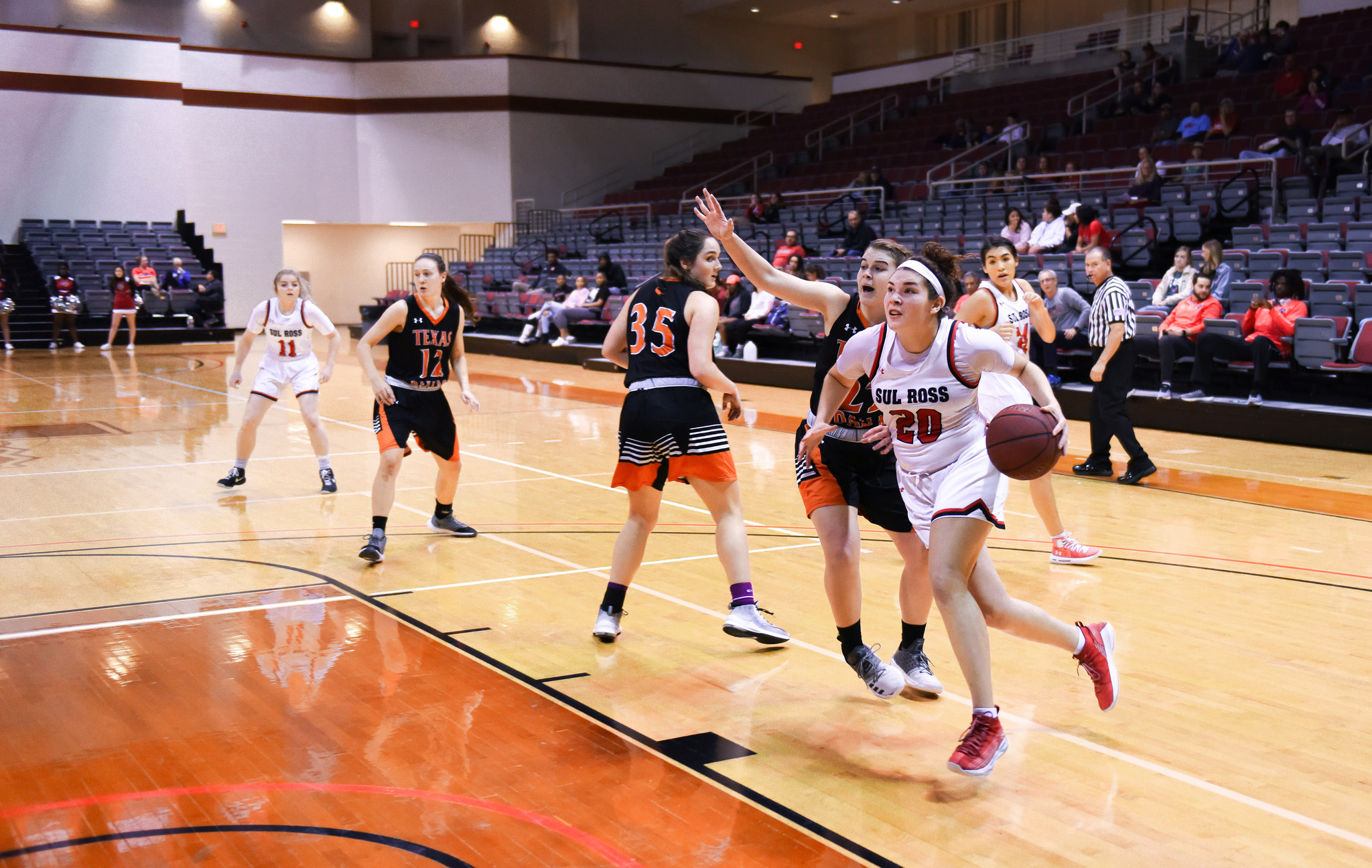 A three-pointer by Lizette Heredia gave Sully a brief 5-3 lead early in the first quarter but the Patriots recovered and went on to hold a nine-point lead off a 6-0 run.

The home team then exploded in the second period going up by 22 heading into the half.

Sul Ross used a 14-0 run late into the third quarter and pulled to within seven off a free throw by Jessica Magallenes at the 3:45 mark.

The Patriots ended the quarter off a three-pointer by Clarissa Spykes for 58-46 lead.

U.T. Tyler rolled to three, 27-point leads before settling for the 89-63 victory.

Heredia and Angalyn Latin finished with 13 and 11 points respectively.

The Lady Lobos visit University of the Ozarks for a 1:00 p.m. ASC bout Saturday.